The power of story-telling

June 15, 2012 · by bethpow06 · in Inspirational · 4 Comments
The impact of a story.Good Friday morning Blog family! I have been thinking about the power of stories, and how we love to share them. But there are some stories that seem to be too private, too personal, and we hold them to ourselves. Sometimes we lose out on the support of others, in our wish to keep our fight to ourselves. But there is so much good that can come of speaking out. When Magic Johnson broke the news that he was HIV positive all those years ago, he empowered himself and others who were HIV positive, helped to raise funds and awareness of the disease, and made heterosexuals everywhere pay attention.

Recently I heard that 2000 NFL players are suing the league over the danger of football injuries which lead to dementia. Dementia is an ugly disease that robs people of their personality, their stories and their memories, leading to 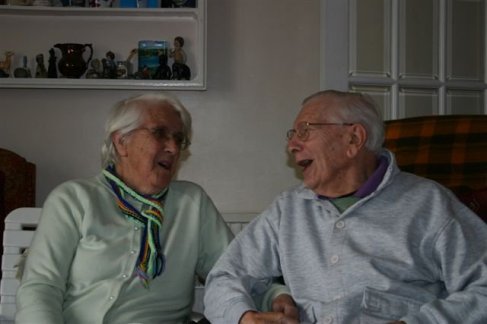 death by inches. My father lived a long and richly blessed life, but spent the last few years being robbed of his precious stories, his sense of humor and his family by dementia. I chose not to share that openly for fear it would change the way people remembered him, trying to protect his dignity.

But my father would have found a way to turn his suffering into a story, a message that would help someone else. And even as he thought his children were just very kind strangers who would come to help him, for the most part he maintained his pleasant, gentle and polite persona. When surrounded by the extended family for Christmas or some other gathering, he would become distressed and agitated, convinced he was supposed to be conducting a service he had not prepared for. And towards the end, when even my mother (who he always knew, even to the end) could not calm him, his Bible, or some music, would seem to help him relax.

But there are messages in his final chapter. One of them is that early diagnosis increases the effectiveness of the medications that they have to treat dementia. Families often miss those signs, wrongly assigning forgetfulness and a little confusion at times, to the normal aging process. If you notice that a loved one is a little forgetful, and also has other worrying signs such as being unable to read the time; or being unable to recognize money; or getting lost on the way home, these may be signs. They have also noted that one of the early signs of impending dementia (and unfortunately there is no lab test or MRI that can predict Alzheimer’s – the most common form of dementia) is pacing. Mild cognitive impairment (just beginning to lose some of your mental sharpness) is associated with wandering without a purpose, and often a slightly unsteady gait.

So if you notice any of these signs in a loved one, encourage them to get assessed. They administer some simple puzzles and tests to confirm the presence of MCI – and as I said earlier, this is when the medications can help to delay the progress of the disease. Dementia not only robs the sufferer of their mind, it causes tremendous strain on the caregiver. It takes its toll emotionally and physically, and often shortens the life of the caregiver also.

I was blessed to have heard my father preach one last time some years before he died, but after he had started to show signs of the dreaded dementia. It was a Christmas morning service in Wales, the church decorated by my mother’s artistic hands. My father did very well, making a few missteps here and there (Mum and I crossing our fingers and holding our breath in the congregation), but I had to smile when he started on the sermon. I imagined I was getting on a bus where the aged driver was a little uncertain of how to get you from point A to point B. So he drove around the old neighborhoods of his childhood, telling stories as he tried to spot somewhere he recognized. And eventually, just when you thought you were lost for sure, you ended up at your destination. Despite everything, he was still my father, and no disease could rob me of those memories.

There are so many ways we can increase the quality and quantity of our lives. We can improve our lifestyles to try to promote our health, or we can get checked regularly to stay on top of any diseases that may be lurking. HIV, cancer, high blood pressure, with these and so many diseases early diagnosis and interventions will make your prognosis far more positive. Denial, avoidance, putting off, ignoring, these are devices that will kill you. Knowledge is power, and we all need to be more powerful.

Have a wonderful Friday and a great weekend family, and go get a check-up! Follow up on those symptoms! Get some exercise! Take care of yourselves and your family; let’s enjoy this life while we can. And let us keep those who are fighting their own struggles in our hearts. ‘Bird’: keep strong, we know you will pull through.